Both Stretch & Bob were out DJing so Beni B held down the mic while I held down the wheels. Ben, who did radio out West, was in town from the Bay Area and had his man Fusion with him while I had DJ Three with me who we had recently hired at Fat Beats. Two weeks after this show is when Fat Beats moved from the basement location to the 6th Ave spot (Aug 1, 1996). I was running late this night coming from LI so Beni luckily had a bag of rare grooves with him to start the show off. I came on after that (23:50) and played the rest of the night. DJ Three bugged out with us on mic breaks. This show was also a week before Rock Steady Crew's 19th Anniversary and the first ITF DJ competition with the legendary battle between the Rock Steady Crew DJs (aka Invisible Skratch Piklz) and the X-Men (aka X-Ecutioners). A year later Beni B would launch his label ABB Records with Dilated Peoples and Defari. Thanks to Nes for supplying me with missing audio from this night to make it a full show.

PF Cuttin Keeps You Current With All New Hiphop! 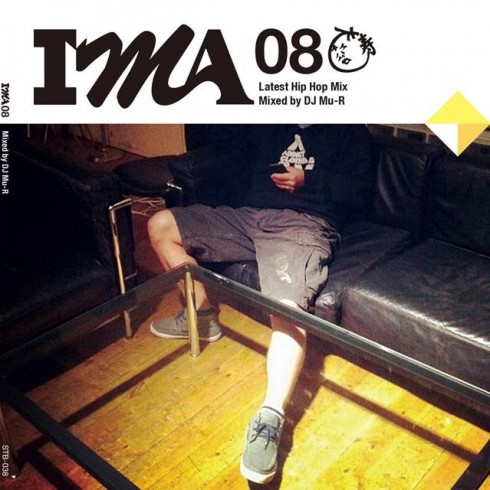 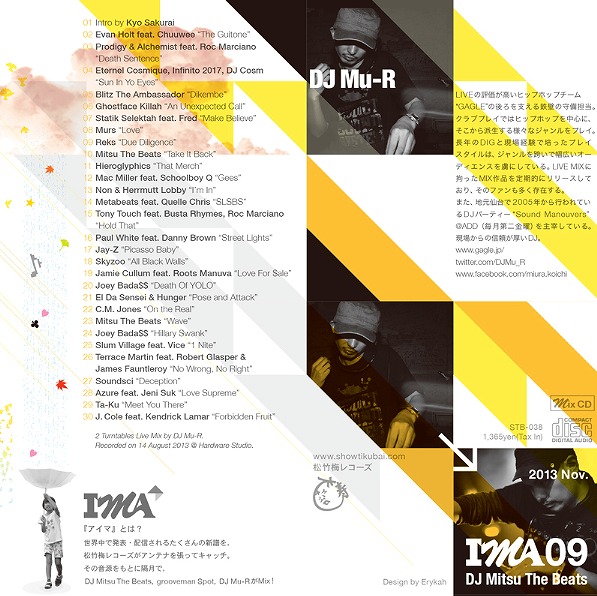 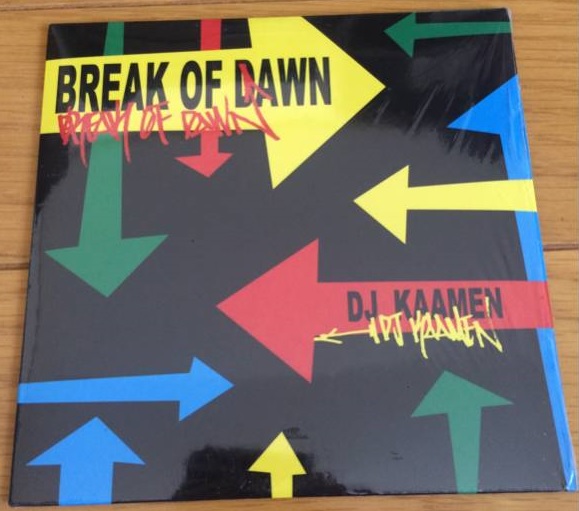 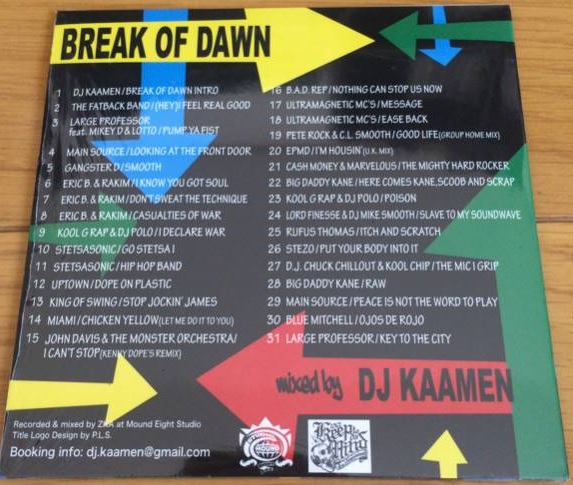 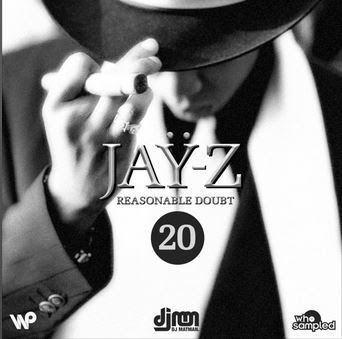 This coming week marks the 20th Anniversary of Jay Z‘s ‘Reasonable Doubt’. With a rap career dating back to 1989 including stints as side man to mentor, Jaz, features for the likes of the Dame Dash managed Original Flavor and Big Daddy Kane, Reasonable Doubt (released June 25th 1996) arrived late in the rapper’s career for a debut LP. With production from DJ Premier and Clark Kent, plus features from Mary J Blige and Notorious B.I.G it sits stylistically somewhere between the dominant underground sound of the mid 90s and the emerging sound pushed by labels such as Puffy‘s Bad Boy records which would come to define popular hip hop and R&B into the late 1990s. At the intersection between those sounds lies a varied selection of sample material.


Recorded on one side of a 90 minute tape so it's most of the hour show. As usual KK&TDD play some live performances this time courtesy of Digable Planets (3:45). Mic break at 28:02. Other than that a mixture of music that had just came out or was about to as they played it off cassette. 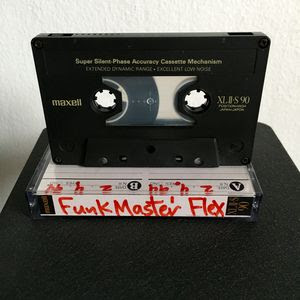 DJ Eclipse - "I know pretty much every Flex show I've posted starts with the Cold Crush intro, but I will NEVER get tired of hearing that. The way they took their old routines and incorporated Flex into it was so classic. Should have been a hit record. Speaking of classic, Flex hooks up with Mr. Magic (51:16) to discuss Magic's early beginnings in Hip Hop, stepping away from music, coming back and how he connected with Marley Marl and the Juice Crew. Flex also had Shyheim The Rugged Child as a guest (35:40) who after talking about his connection to Wu-Tang jumps into a freestyle over "It Ain't Hard To Tell" (43:00)." 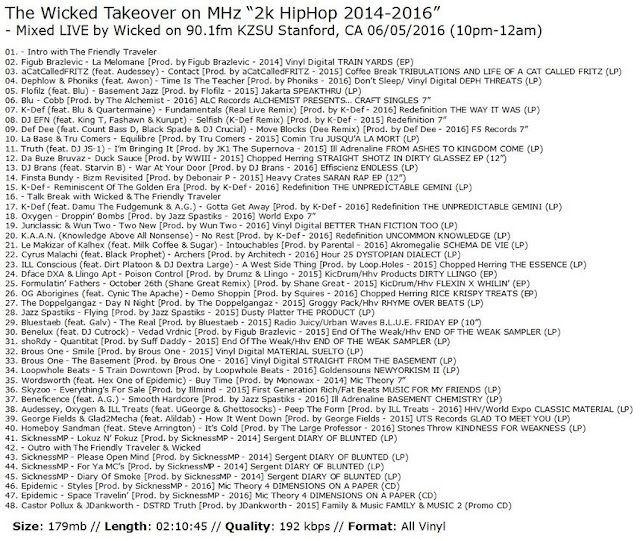 Nice mix of some more current underground joints mixed/blended by Wicked, stream and download via the Audiomack site.  Peace!!
Posted by Jamo at 07:51 1 comment: 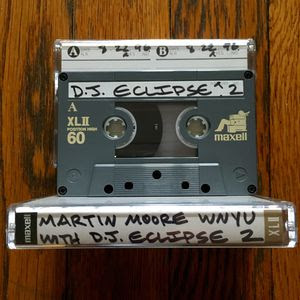