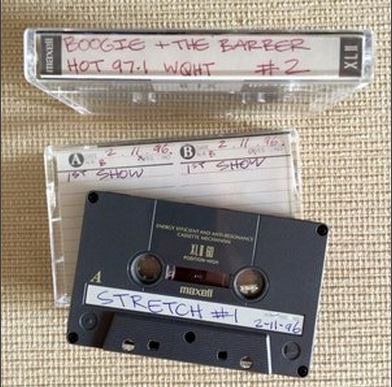 Props to DJ Eclipse for sharing these tapes...

Based on the success of their "Stretch & Bobbito" show on 89.9 WKCR, Hot 97 offered them a weekly slot in early '96. Naming the show "Boogie & The Barber", the first episode aired on February 11, 1996 and featured guest Lord Finesse (101:53). When you heard Capone's voice running down the boroughs at the start of the show you knew it was time to press record. The show was on Sunday's from 12am-2am then later changed to 11pm-1am and ran until the duo parted ways in December 1998. At that point Stretch stayed on Hot 97 and renamed it "The XL Show" and Bobbito and Stretch started alternating Thursdays on the KCR show with Bob renaming his night "The CM FAMALAM Radio Program". Now 20 years later the two are set to re-release some of their classic shows on cassette through Fat Beats along with a feature film documentary entitled "Stretch and Bobbito: Radio That Changed Lives" which will be screened in NYC on August 16, 2015 at Central Park. www.stretchandbobbito.com for more info. 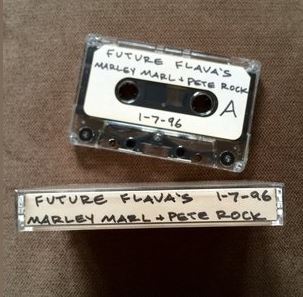 DJ Eclipse blesses us once again....

From "In Control" to "Pirate Radio" to "Future Flavas", I don't think there was ever a better duo who were not only dope at what they did on air, but also responsible for a good percentage of the music we listened to back then. "Future Flavas" debuted in January of '95 on Hot 97 and aired on Sunday nights from 11pm-12am. Marley (mostly) on the mic and Pete Rock on the decks would bless us with weekly exclusives as well as impromptu freestyles and fresh radio promos. For example, peep out the Rakim joint (7:27) that for the life of me I do not recall ever hearing again. Then there's Pete's off-the-top freestyle sessions (5:46 & 55:55) as well as a dope Pete Rock produced Biz Markie promo (30:05). The great thing about listening to NYC radio shows like this one was that you were getting the music straight from the source. Songs would be recorded that week and played immediately without the wait of a label release or even the chance of ever hearing it again. Now that's exclusive. 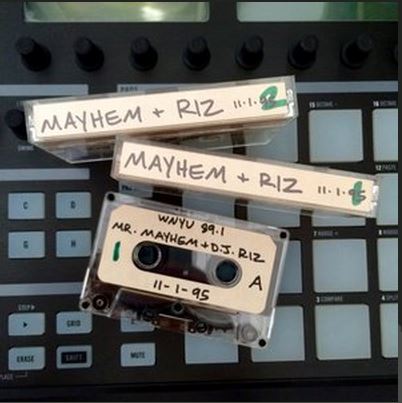 Martin Moor & Mayhem started on WNYU in '93 on Wednesdays and ran the show up until '97. During those years they expanded their show to include Thursday nights as well. Both shows ran from 10:30pm-1:00am. Over time Mayhem would make Wednesdays more of a DJ themed night with guest DJs while Martin guided the Thursday night show. Shortly after Wildman Steve & DJ Riz's WBAU show ceased in Aug/95, Riz found an opening on Mayhem's Wednesday night spot as a guest DJ. Out of all the DJs that made appearances Riz was up there the most. Here's a show from November 1995 which features an incredibly dope freestyle from Supernatural (50:56) who is joined by A-Butta (59:30) of Natural Elements. Shout out to Sunset who was like the third member of the team and Stretch Armstrong for making a snap session appearance at the end of the show. 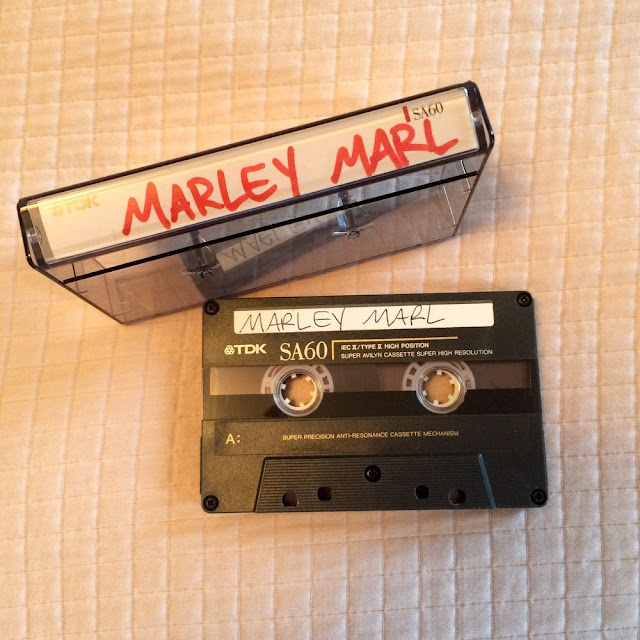 DJ Eclipse with the tape rips again, props to E!!

After his "In Control" era and before "Future Flavas" hit Hot 97, Marley Marl blessed us with his "Pirate Radio" show which aired on 105.9 WNWK on Saturday nights. It was part of Hank Love and Half Pint's 2am-4am slot. Not only would we get Marley's flavor, but he would always have guest DJs as well. This episode has Real Live's K-Def on the wheels and an appearance from Pete Rock freestyling alongside Sah-B over a Pete Rock beat straight from his SP (32:19). Couple of rare joints on here too like the Rated R "What Goes Up" Black Cat produced track (5:45) and an LL joint that sounds like a Marley Marl remix that never came out (26:54). This show was also the first to premiere some of the Nas album cuts from "Illmatic" when they were fresh from the studio on cassette. 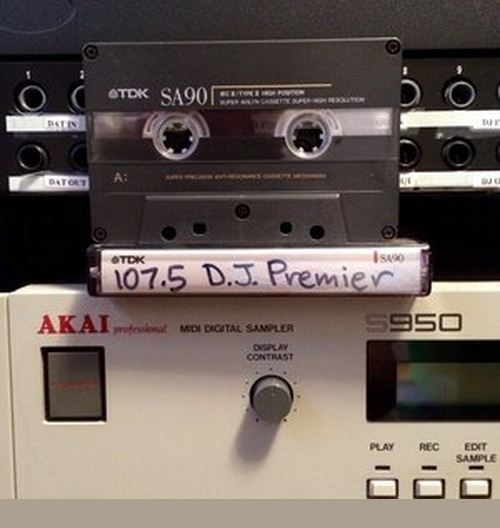 Another rip courtesy of DJ Eclipse....

About a decade before DJ Premier started his "Live From HeadQCourterz" show on Sirius XM, he had another Friday night gig. "The Thunderstorm" which was hosted by Geronimo with DJ Premier on the tables came on every Friday night from 8pm-10pm on 107.5 WBLS. The show ran from 1992-1994. Listening back to this show you can hear how Premier was just as balanced then as he is now playing everything from East Coast to West Coast as well as independent joints. Although you'll notice that most of the dope joints then were all on majors. Jeru was also hanging out in the house on this episode talking about his new single "D. Original".

Props to DJ Eclipse for blessing us with this, stream here, or download below as normal.