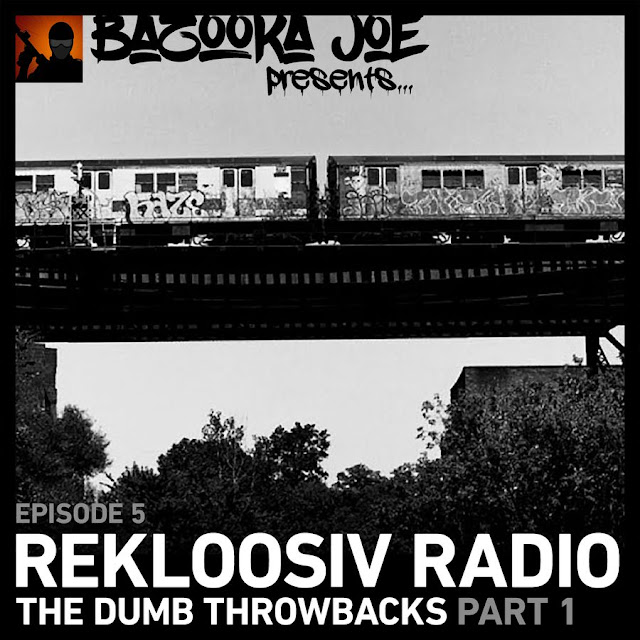 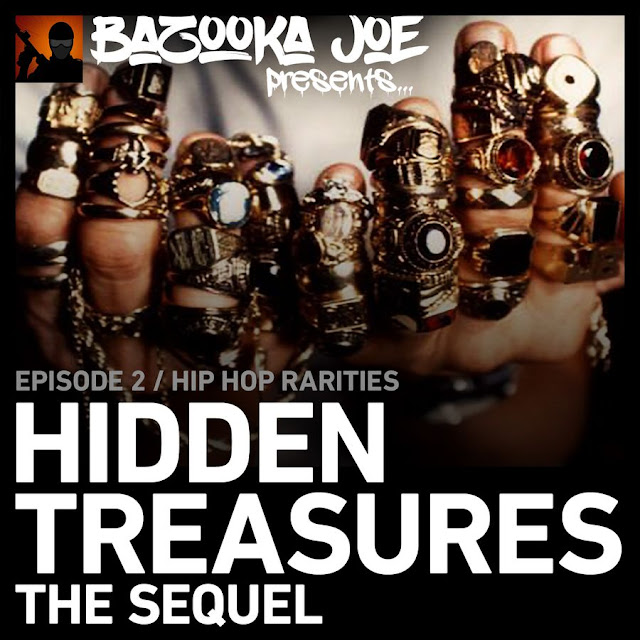 DJ Bazooka Joe - "For those that don't know I made mixtapes back in the mid 90's/2000's and one of my most popular series was one called 'Hidden Treasures' which were filled with all sorts of rare b-sides, remixes, demos and obscure album cuts. For episode 2 I wanted to pick up where that series left off so here it is..no tracklist but the mix features some juicy rarities from the likes of Mobb Deep, Tribe Called Quest, FT, OC, Pharoah Monch 50 Cent, Nature, Jay-Z, Afu Ra, Gang Starr, EZD, Half A Mill, Blue Black, Ill Advised, The Roots, Raekwon, 12 o'clock, AZ, Grav ft Kanye West,The UN, AZ, Biggie & DJ Premier, SmooVth, Hus Kingpin & Zigg Zagg." 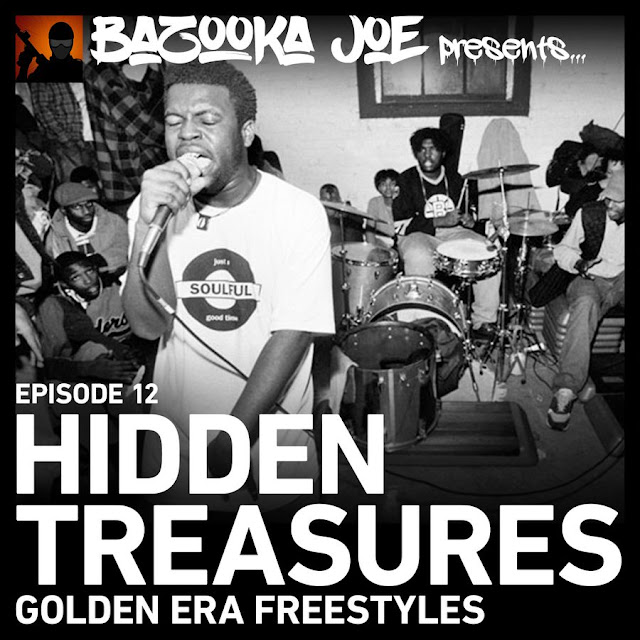 Bazooka Joe - "A special year end treat for the old heads, new heads & true heads…episode 12 is an all vinyl mix of classic freestyles from various radio shows and mixtapes, I bought these records for personal use because I wasn’t planning on putting another DJ’s promo on one of my mixtapes but at this point it’s nostalgia and I had this stack of records sitting around so I decided to put them to good use. It’s only right that I include the tracklist for this one to make sure proper credit is given to some of my favorite DJ’s and MC’s. This will wrap it up for 2018, enjoy the Holidays and I’ll be back in January to carry this thing on in 2019. Much love to the listeners, I’m still just getting started but the support so far has been appreciated!" 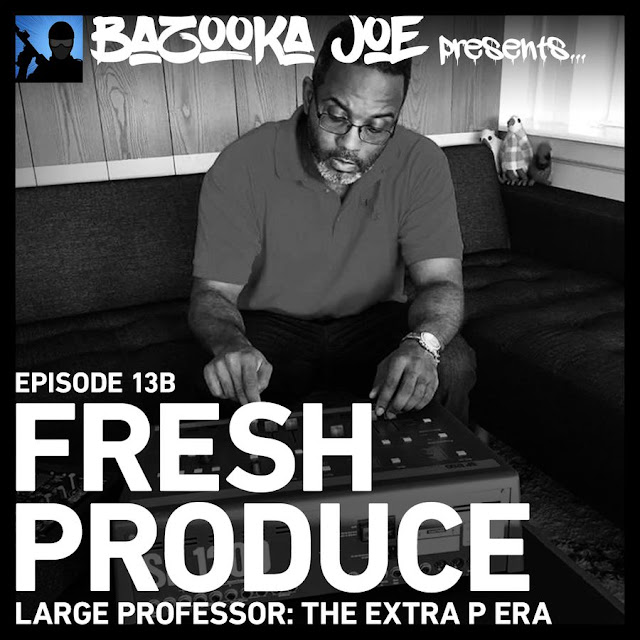 Bazooka Joe - "Picking up where I left off the 1st part of the ‘Fresh Produce’ series, this one is numero dos….still all about Large Pro productions once again but focused on the mid/late90’s and beyond including a lot of his solo material post Main Source as well as some of the less obvious productions he’s done over the years. I could have easily made 3 or 4 volumes of this because he has so much classic material but if you like what you hear do some research on his solo projects and so on… if you know..you know…Got some mean features/tracks/verses from folks like Tragedy, Havoc, Pete Rock, Nas, Lord The Arkitec, Mad Skillz, Common, Ghostface, Raekwon, Roc Marciano, Busta Rhymes, Slick Rick, The U.N., X-Ecutioners, Grand Puba, Killa Sha, Fashawn, Styles P, AZ, Jeru Tha Damaja, Keith Murray, DJ Koss, Powerule, Mic Geronimo, Reks, Timeless Truth, Neek The Exotic, Black Rob, Cormega & Senor Kaos ft. P.So…rockwiddit!" 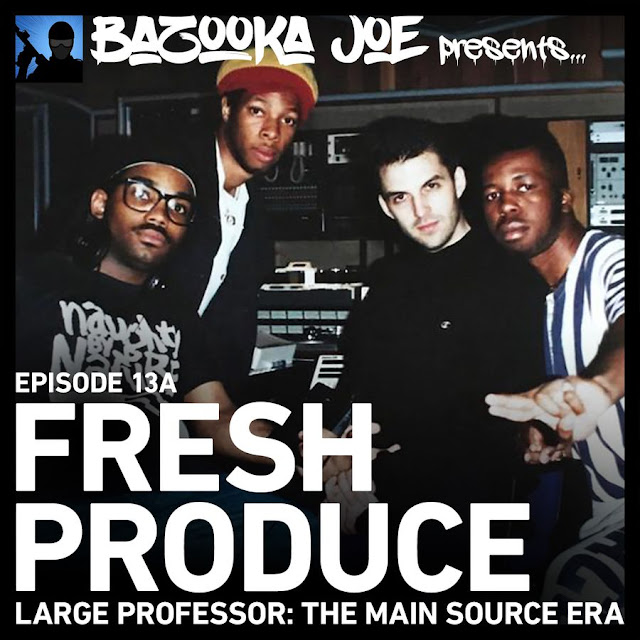 Bazooka Joe - "Fresh Produce is a producer themed series focusing on some of my favorite producers and their work over the years. The first one is all about Paul aka Extra P aka Large Pro, a legend to say the least, I recently caught the Main Source reunion show in NYC and got motivated to do some research and pin down some of the best and less obvious Large Pro productions over the years and I was surprised by some of the things I found. Check the mix, featuring some early bangers from the likes of Nas, Main Source, The Don, Kool G Rap, Roxanne Shante, Apache, Pete Rock & CL Smooth, Diamond, Powerule, Lord Finesse, Slick Rick, Brand New Heavies, The Jaz, Tragedy, Big L, Mobb Deep, Beastie Boys & Leaders of the New School. All tracks produced by Large Professor of course…Episode 13B (The Extra P Era) on deck and dropping soon…enjoy!" 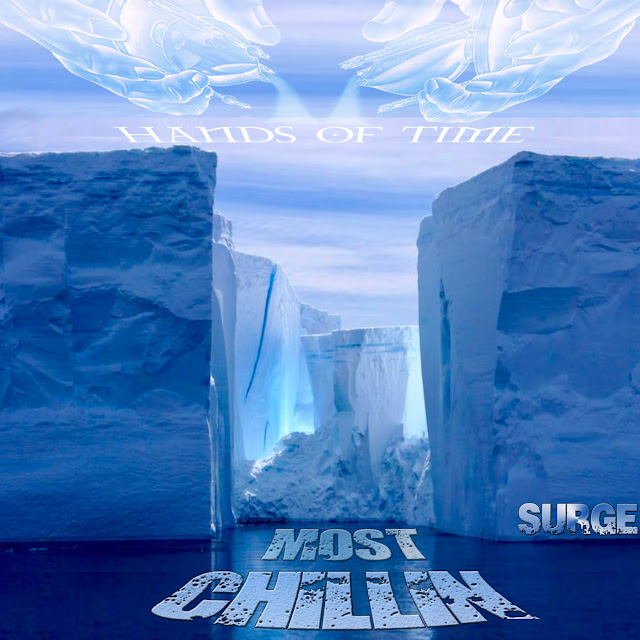 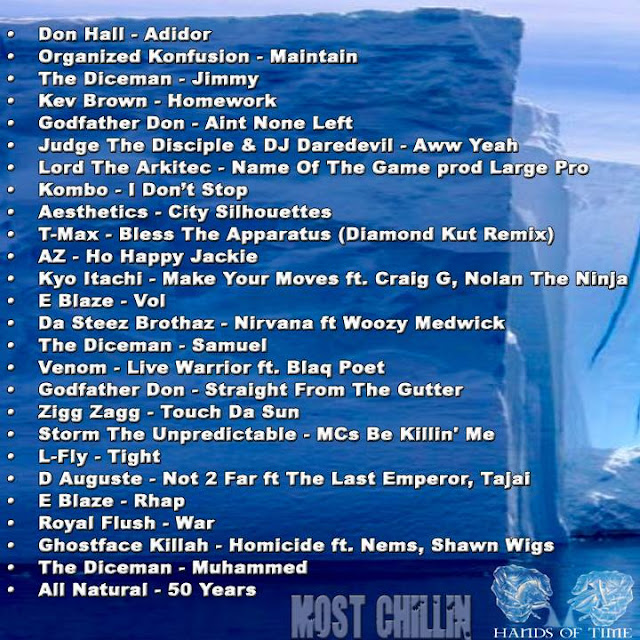 New mix from Surge-HandsOfTime, Most Chillin indeed!!! Thanks to Unikone for bringing this new mix to my attention via his blog, Dope selection of newer and older tracks, nice in the mix, as usual...Stream & Download below..